TV show Wormwood employs a docudrama format to deliver an intense story of war that was happening on a level much higher than we can imagine. This is a documentary about the cold war period when several countries tried to create a weapon that could change the world in a single day.

The plot revolves around a single scientist whose contributions to the development of modern biological warfare is hard to underestimate. The series creates a very interesting narrative with the son of our main hero telling the story. By weaving together the reality and fiction, show creators managed to make something truly entertaining yet educating at the same time.

TV show Wormwood does not want to fiddle with the history and change it in anyway, but every single important moment in the life of the main protagonist is a subject to well-performed and brilliantly directed dramatization. While the series does not look like a masterpiece, it is a great opportunity to learn more about one of the most intense periods in the modern history.

You will witness what horrors were happening behind the doors of some laboratories and how many lives were affected by the blind chase after an ultimate weapon. Download Wormwood’s episodes now and enjoy one of the best docudramas out there.

Wormwood season 1 will gather your whole family in front of the screen and allow them to enjoy one of the most interesting new entertainments conceived by talented show creators. If you ever wanted to take a glimpse at some conspiracies and consequences of the Cold War, you will love this documentary based partially on memories of descents of Frank Olson whose story has never been really exposed to a large audience before.

While some conspiracy theorists brought up the name frequently as this scientist was one of the most prolific biologists and created multiple poisons, the real story behind his death is really interesting. Initially we believed that he committed a suicide after realizing what monstrous weapons he created in his lab, but the story of his sons changes everything.

Wormwood season 1 is a documentary that touches upon a delicate topic with dark humor and wants to give the Olson family a tribune to talk from. Some believe that Olson was murdered by government officials as he tried to confront his superiors about the usage of poisons that he created. He wanted to go public about tortures and inhumane practices adopted by the government and was silenced forever. Decades after, his children want to avenge him. 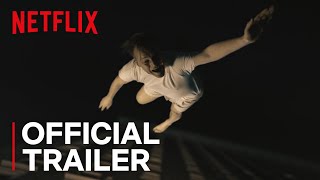 9-1-1
7.7
The focus of the plot of the series are various stories from working everyday rescue services. These people work day and night, providing security and timely ...