Luther Swann is faced with a strange disease that has overtaken his best friend. Buddy feels really bad. The main character is sure that he will help his loved one, but first you need to understand what is wrong with him. Soon, an unexpectedly sick patient discovers that he was suddenly very well.

However, something about him has clearly changed. Luther’s friend turned into a real predator who wants only one thing – the blood of his victims. Who would have thought that soon the virus that struck a friend of the protagonist would begin to develop and spread around the world. This is how a new kind of living creatures will gradually appear in the world – these vampires are dangerous and cruel.

Is it possible to stop them somehow? What will happen next in this story? What will vampire wars turn out for people and the world at large? We will find out very soon. Happy viewing.

In the entire history of cinema, about vampires and the rest of other evil spirits, they created an incredible number of films of series and even cartoons. But this topic is so gracious that it continues to tickle the mind and makes filmmakers fantasize, and they, again and again, still continue to develop on this topic, introducing more and more stories about the appearance of such creatures as vampires.
This time, Canadian cinema and TV producers took up the matter, and now, we’ve brought to your attention the ten serial film “Vampire Wars”, the idea of ​​creating which belongs to Wil Lorin and Glenn Davis, based on the comic book of the same name by Jonathan Maberry.

The leading role was invited to the rather famous actor Ian Somerhalder, the star of the cult series “The Vampire Diaries”. The actor in an interview with one of the publications, shared with readers why he again tried on the image of a vampire
Quote: “The vampire genre is so vast that it gives a great many opportunities for acting and it would be unreasonable not to use them.”

The fact that Netflix ordered the production of the first season of this project was announced back in April 2018, at which time it was decided who would become the show runners and executive producers of the Vampire Wars series – William Lorin and Glenn Davis, and then for the role of Dr. Luther Surena was approved by Ian Somerhalder, since the creators of the project saw only this actor as the main fighter with vampires.

So, the focus of the Vampire Wars is on Dr. Luther Suren (Ian Somerhalder) when trouble happened with his best friend Michael Fan (Adrian Holmes). First, he fell ill with a disease unknown to science, and after that he completely turned into an unimaginable and deadly creature, a predator of bloodthirsty people. As it turned out later, a deadly virus was released into the human world when the melting of the Arctic ice began due to climate change.

Moreover, the terrible virus began to spread very quickly and mutate along the way, and this, in turn, led to the emergence of a new kind of predatory creatures – vampires. As a result, a war broke out between different types of vampires, but ordinary people become a bargaining chip, as usual, and Luther will have to fight not for life, but for death with Michael Fane, his once best friend, who became after his transformation an elder for vampire converts. 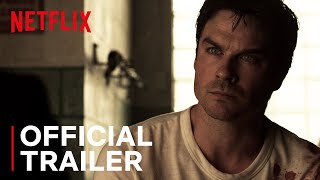 The Mandalorian
9.1
The galactic empire has fallen. It would seem that one of the most powerful and unshakable bastions of this world was defeated at the end of ...