When an unidentified woman is found brutally murdered, detective Molly McGee teams up with another police officer, Alex O’Connell, with whom she shares a tragic past to solve the crime.

Vicki Madden presents to your attention the action-packed criminal web series “Twilight”, which takes place in Tasmania, where the murder is investigated by a convict, connected with religious cults, family secrets and shocking life stories.
The focus is on the unorthodox policewoman Molly McGee, who has problems both personal and professional. She had to investigate the murder of a woman whose identity there is no way to identify, since the body is disfigured beyond recognition.

Soon, Molly began to realize that, despite her personal hostility, she still had to join forces with Alex O’Connell. The woman did not communicate with him, and indeed did not communicate with Alex for about two decades and would not communicate further, but they could only solve this matter together. What began as a regular murder investigation will soon take police detectives to the next level. They both began to realize that this crime had a direct connection with their common past and what happened many years ago.

Now, to solve this murder, both policemen will have to face the “dark ghosts” of their common past and whether it will be possible to keep the upper hand over them depends only on Molly and Alex. Will they be able to set aside personal circumstances and, joining forces, together, shoulder to shoulder to pass this difficult and dangerous path from beginning to end? The answers to these questions can be found by watching online, a criminal web series with notes of horror – “Twilight”. 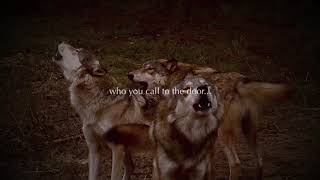 Station 19
6.4
The series tells about the employees of the fire station number nineteen, which is located in the city of Seattle. The focus is on Andy Herrera. ...

DC's Legends of Tomorrow
6.8
Rip Hunter was able to find out what will happen in the future. And this knowledge did not bring him happiness. He learned that tragedy would ...