The main character of the series is a young man, Liam, who has been studying at a higher educational institution for a long time, where he studies high technology and is fond of astronomy. Often the boy spends time watching the starry sky. Once he managed to see something strange in his telescope.

The unknown object, as it turned out, is an asteroid that moves towards the Earth with great speed. Liam reports a threat to the government that concludes that humanity is doomed. In order not to plunge the world into chaos, the higher ranks decide not to disclose the shocking news. True, the life of those who know about the fate of earthlings, will never be the same. They are waiting for the last day.

Salvation season 2 develops the story of our heroes and adds a little bit more tension to the narrative. Our heroes are still desperately searching for a way to save the planet from a seemingly eminent death as an asteroid is about to hit Earth with its cosmic power.

A multibillionaire and a scientist, Darius put all his finances and skills to the test and decided to take over the political scene of America in order to have better chances of stopping the threat from wiping all life from the face of the planet. He teamed up with a young genius who also wants to stop the catastrophe.

Salvation season 2 is a less contained story as too many people become aware of the threat. While the previous season was all about keeping the danger secret and avoiding panic, the second season is more about searching for ways to stop the asteroid regardless of consequences. The world goes crazy and various groups start pushing their own agendas.

This is a very scary moment in history of the planet and only our heroes have necessary resources and knowledge to save us all! The amount of drama will be turned up to eleven and you will definitely feel much more entertained as the plot moves towards an exciting resolution in the nearest future! 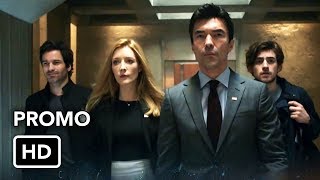 A young man named Liam studied at the University of Massachusetts High Technology. He was fond of astronomy and dreamed of connecting his life with this science. Watching the cosmic bodies, the guy came across a strange object, which is rapidly moving towards the Earth.

Liam’s horrific and sensational discovery was a prophecy for the planet: a deadly asteroid would soon arrive on Earth. The government decides to keep silent about the looming threat in order to avoid social unrest. However, the life of all those who become aware of the upcoming events, changes completely … 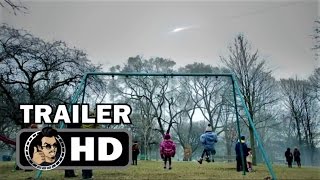 Britannia
6.7
TV show Britannia is a great period piece set in the year 43 when Romans decided to conquer a new land across the sea. This is ...