Something inexplicable and unbelievable is always happening in New Mexico. This place is distinguished by a special love for the supernatural and the inexplicable. The plot originates in the small town of Roswell. The main character, the daughter of immigrants, returns here after a long absence. For a long time she tried to find her place, but she had to return to her hometown. Suddenly, before the girl opened up truly amazing details of the lives of local residents. Once upon a time she was in love with a young man with whom, alas, the relationship did not work out. The young man now grew up and became a policeman. However, this is not the most important thing: the main thing is that he is an alien who has lived on Earth for many years and hides his supernatural abilities from everyone. In general, the main character of the series is now forced to become the owner of such information. What to do with it is unclear! The heroine decides that it would be best to hide from others so frightening fact. True, it soon becomes clear that her ex-lover is not the only alien on Earth. In addition, the number of aliens has increased so much that it seems that the Earth is threatening something. The world crisis and war are certainly bad, but the girl still has romance claims with her old acquaintance. And she is not confused by the recently revealed facts about him.

Roswell, New Mexico season 1 is a story of two people who love each other and want to protect each other. The only interesting and truly spicy thing here is that these people are different species! Do you want to know more? The town of Roswell is a mysterious place where the US government investigates a crash of an alien space vessel. The conspiracy around it is what creates the tension for this story. What the government does not know is that there were three survivors and each of them possesses supernatural powers. They grew up together in a weirdly hostile yet welcoming world of humans and one of them became the local hero.
Roswell, New Mexico season 1 is yet another CW drama and by now many people know what it means. You either like the soap-opera like plots and overly groomed actors who look cool on screen or you don’t. The level of production quality is mediocre at best and special effects are not something that we would call state-of-the-art. Nevertheless, the show knows its target audience and delivers an enjoyable drama that revolves around secrets and conspiracies. The overall viewing experience is very positive and will make you happier! If you are looking for a good sci-fi show to watch online, do not miss this one! 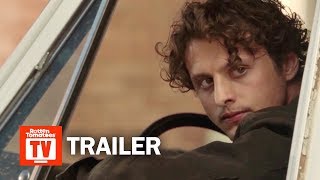 Tidelands
7.0
Tidelands season 1 was heavily discussed before it started airing on Netflix. The premise of the story is quite unique and introduces us to the concept ...