The plot takes viewers to a small town located in Tennessee. At first glance, Lymetown does not look like some kind of mystical or frightening place. Here, as elsewhere, there is a place for decent people and criminals. True, the latest events that took place in this town are truly capable of plunging into a stupor and scaring.

The plot focuses on Leah Haddock. The main character is an experienced journalist and radio host. She specializes in investigations. The main character, to her surprise, is faced with a very interesting case related to Limetown. Here, not so long ago, several residents disappeared. And they literally evaporated.

The premiere season of the crime-mystical series from Rebecca Thomas “Limetown”, telling how three hundred scientists immediately disappeared from their closed scientific laboratory in a mysterious and incomprehensible way.
The project began with the fact that in July 2015 the first episode of the podcast appeared on iTunes, and a few months later the second. And the plot presented to the audience captivated many, showing that the idea of ​​the series is very promising. And now we have a full-fledged television project.

For those not familiar with the podcast, recall what was suggested as the beginning of an intrigue:

Limetown is a huge scientific research center in the field of neurology, which can be compared in terms of territory and infrastructure to a small city. He can provide for himself in all respects, from energy to water supply and food production. However, its entire population consists of researchers who are engaged in secret scientific research and a certain number of staff serving them.
The events in the podcast began with the fact that someone from this center called the police in the nearest village, and, informing that strange things were happening in the center, he asked to immediately send a detachment of police there.

However, when law enforcement officers reached Limetown, it turned out that the gates of the center were locked, and the guards categorically refused to let the police into the center. However, police officers are persistent, and are not going to retreat in such strange circumstances. It takes three days to difficult negotiations, but as a result they nevertheless get inside.

There they will find complete emptiness. There is nobody in the town, and on one of the squares the political ones discover the remains of a large funeral pyre, and in it the remains of a person. After analyzing them, it turns out that this is one of the members of the center’s leadership named Oscar Totem.

The government sends several congressional commissions and investigative groups there, but no one could find anything …

Leah Haddock, who works as a reporter for the Public Radio of America, had her uncle Emil working in this center. Therefore, she asks that she be sent there, which will allow her to do work and try to find her beloved relative. Three hundred more employees disappeared with them, and Leah hopes that she can find out something.

A woman contacted an interested journalist. She introduced herself as Winona, and told that during all these mysterious events she lived in Laimtun, and can share with Leah what she saw with her own eyes, and what really happened there. In the conversation, Winona told that she lived there with her family – her daughter and husband, and her relatives also disappeared, and this happened as a result of some mysterious experiment in which telepathic sessions were used.

But the heroine of “Limetown” is not so simple, and begins to ask the eyewitness suggestive and additional questions, but she is not able to answer any of them, and simply falls silent. It becomes clear that she is acting on someone’s behalf, and that she was simply not given any instructions in case she is asked questions …

Interesting:
Only the first podcast season passed on iTunes, and the second in 2018 migrated to Facebook, and then the network monster told fans that the creation of a full-fledged television project was beginning.

Limetown’s executive producers were Skip Bronka and Zack Akers, who came up with the podcast storyline, as well as Jessica Biel, who played Leah. In the new project, she will also play a major role.

Marley Matlin was involved in the castes of the new project, she is deaf-mute, which did not prevent the actress from becoming the owner of the Oscar, which she was awarded in 1986 for participating in the film “Children are Less than God.” Until now, no deaf-mute actor or actress has been able to repeat her feat. 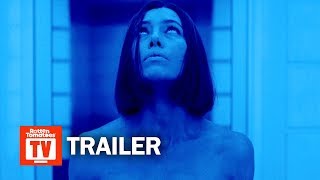 Supergirl
6.3
Arriving on a planet that for many years was under the protection of her brother, known as Superman, Cara was forced to take part in the ...

Lodge 49
7.5
The main character of the series survived the death of his father and was broken. He had a hard time, because every new day was a ...