Harley Carter – scandalous actor who became famous as a detective in one very popular TV series. Work in a similar manner was reflected in the views of the character, because he began to think a little about detective matters. After another conflict in Hollywood, you have to return to your native lands. Here Carter immediately faces problems, but of a different nature.

He is associated with an old girlfriend Sam Shaw, working in the police, and also tries on the role of a detective in real life. Who would have thought that the former actor would be able to show himself well in the new work, because, as it turned out, the investigations here are no different from the script written in the series.

With the second season, an interesting story returns about the fate of one of the most popular Hollywood actors. Meet this Harley Carter. He already got the role of his life, playing in the popular American series! The protagonist is familiar to many fans of detective projects as one of the most intelligent and attentive detectives in America.

True, the artist had to hastily leave Hollywood, since the public scandal and the big problems associated with relations with other artists led to the fact that Carter, frankly, began to dislike. Who would have thought that now his acting career would fail and cease to bring due pleasure and dividends. Of course, you will no longer be able to earn acting, because hardly anyone will want to sign a contract with Carter.

True, the hero is much more insightful and prudent. He, having secured his knowledge gained during the game in the detective series, becomes a real private investigator. Together with his girlfriend Sam Shaw, the main character takes on the investigation of numerous crimes. Will he be able to cope with the difficulties of this matter? We will find out very soon! 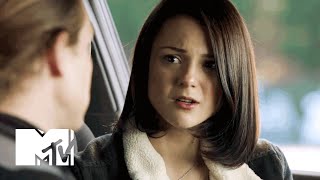 Carter season 1 will introduce you to an actor whose career failed miserably. However, he managed to get a couple of gigs before he went out of business. He was a detective on a TV show that was popular for some time. Devastated by mishaps in his career, our hero decided to return back to his native small town where he once started his career.

His journey was noticed by several people who lived in his town and some believed that he actually was not a bad detective. When a tragedy happens, one of his old friends asks him to help out in the investigation. Our hero becomes a true detective and not a hero from the silver screen.

Carter season 1 is a beginning of a new procedural TV show with lots of interesting characters and cases that not often involve something serious. He is just a good man who tries to use his experience and skills that he managed to acquire during his training for the TV series.

At the same time, he is not a professional and needs some assistance from actual police detectives. Strangely, turns out that one of such detectives is his ex-girlfriend and he will have some really interesting moments with her. A funny, smart, and truly inventive detective show for all who misses Castle… 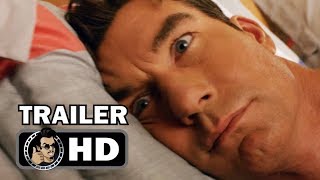