The series is from the screenwriter “Pip Show” with one of the best comedy duos in Britain. After the death of his father, Stephen inherits his pub, and in order to preserve the heritage, he continues the family business.

But all his plans are spoiled by his unexpectedly returned brother Andrew, who has seen the world and finally decided that the family is holy. Charming Andrew falls in love with all. Except Stephen. He believes that his disorderly brother has come to steal his family, business, and his whole life.

If you are a lover of real British humor, then be sure to watch this wonderful series, filmed by the creators of the project “Pip Show”, which is considered one of the best in the history of English television. The focus of the project is a man named Stephen.

He inherits a pub from his late father, who wants to preserve what he is. The main character continues his family business, fighting for the right to be one of the best in the area. However, all plans break down when Andrew, the brother of the protagonist, returns home.

He spent a lot of time outside the family, but came home with one single thought – to return to loved ones and become part of the business that Stephen now leads. Andrew didn’t really wait and least wanted to see him. However, everything is conducted on his charisma and literally fall in love with the prodigal son. Stephen, on the other hand, remains cold to his brother, knowing the nature of the latter perfectly.

The protagonist believes that his brother was both beslaberny, and so bezolaberny remained. He’s going to ruin the business and steal what Steve loves so much: family, career, and close friends. Let’s see how it all ends. 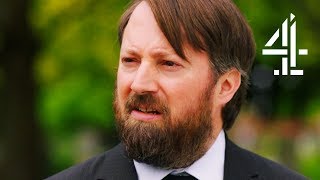 19-2
8.1
The Montreal police are two policemen who, of their own free will, would never work as a team. Least of all, the heroes wanted to become ...

Jinn
3.5
Arabian drama Jinn talks about a group of teenagers who unknowingly invite supernatural forces in the form of a jinn to their world. Later, with his ...

Superstition
5.2
TV show Superstition delivers a satisfying experience for those who are into mystical stories and afterlife. There is a small family business in the middle of ...