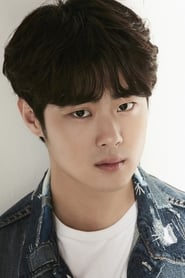 Eun-som was born to bring trouble to Asdal. After a few years, a young man who once left his homeland, returns home. Tha-gon is the hero and the most powerful man of Asdal, who dreams of becoming the first king of these lands. Than-i – the heiress of the Wakhan tribe.

She was born with the same curse as Eun-Som, and also survived a lot – and all in order to find her purpose in politics.

The focus of the plot is a sad story about how fate manages the lives of people since their birth. Eun-som was born so that the world in Asdal turned into chaos and was destroyed under the power of cruelty and war.

True, the main character was forced to leave Asdal in order to return there after many years. Tha-gon will try to return to his lands former glory and prove the title of the strongest man. He is a real hero who dreams of becoming a ruler. His rule is quite likely, because the role of the king in Asdale needs to be updated.

On the other side of the plot is Than-Ya, a girl who is the heir to the throne in the small but powerful Wahan tribe. The main character, alas, shares the fate of the unfortunate Un-son, suffering from the same curse, which is designed to bear destruction and grief.

True, the girl manages to survive all these hardships and become a truly necessary and integral part of her people. She has found a political application and is trying to do everything possible to heal normally. “The Chronicles of Asdal” – a unique and interesting series, promising to tell some amazing and addictive stories.

Yellowstone
8.4
TV show Yellowstone will tell a very intense story about business and how cruel the world of development was when there were no rules or regulations. ...